get your address incremental

Written by Helen
Updated this week 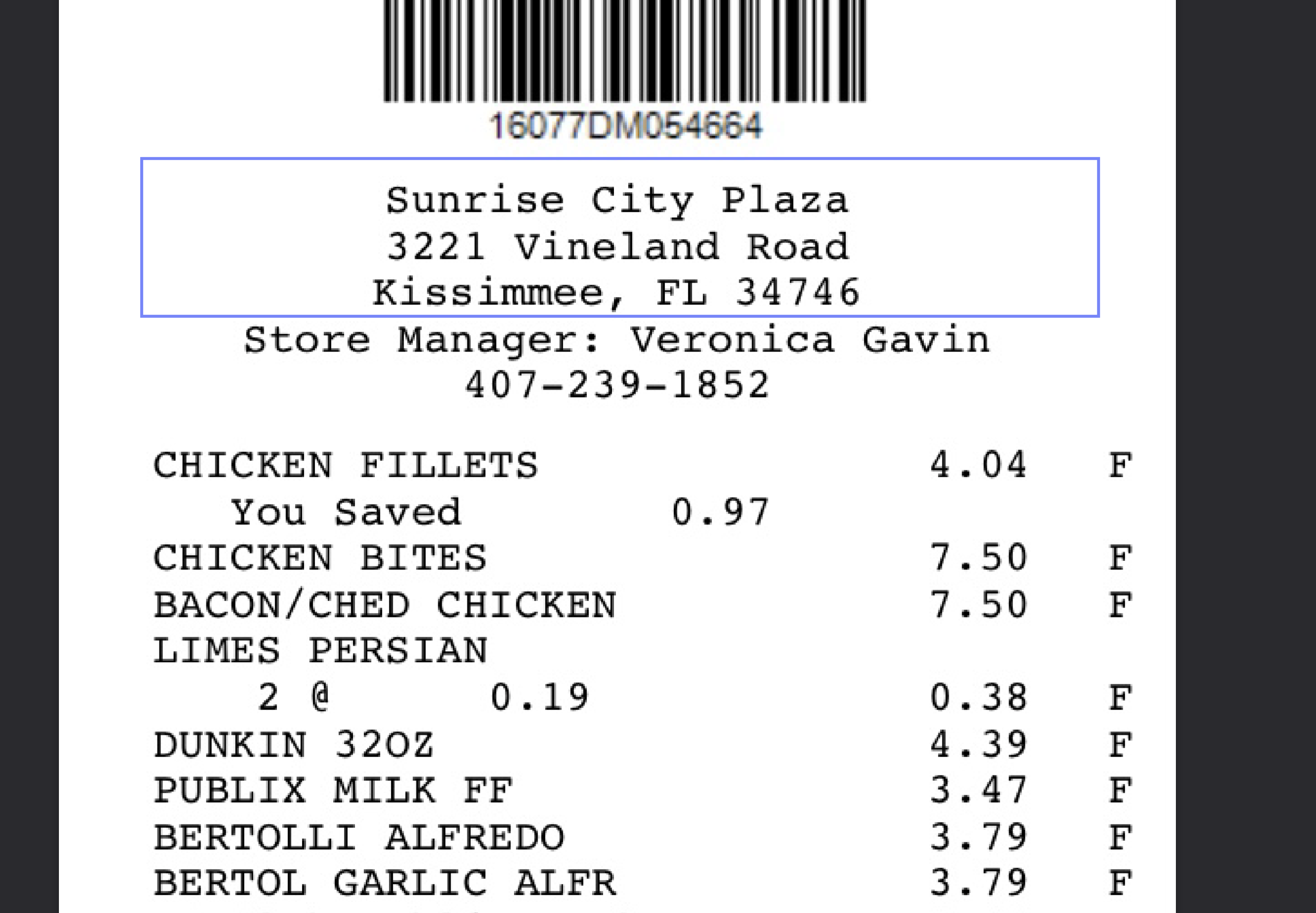 We return a field when we find that field in the address.

Veryfi we return the following list of fields from this SDK

Q: Is there any specific (minimum) number of fields we return?

A: No, If the address is empty then we should expect an empty response for parsed_address.