Written by Helen
Updated over a week ago

To access the Veryfi API programmatically, you will need a secure API (application programming interface) key. An API key is a unique identifier used to authenticate a user, developer, or calling program to an API. Here is how to obtain your API key and related authentication information in order to use the Veryfi API. 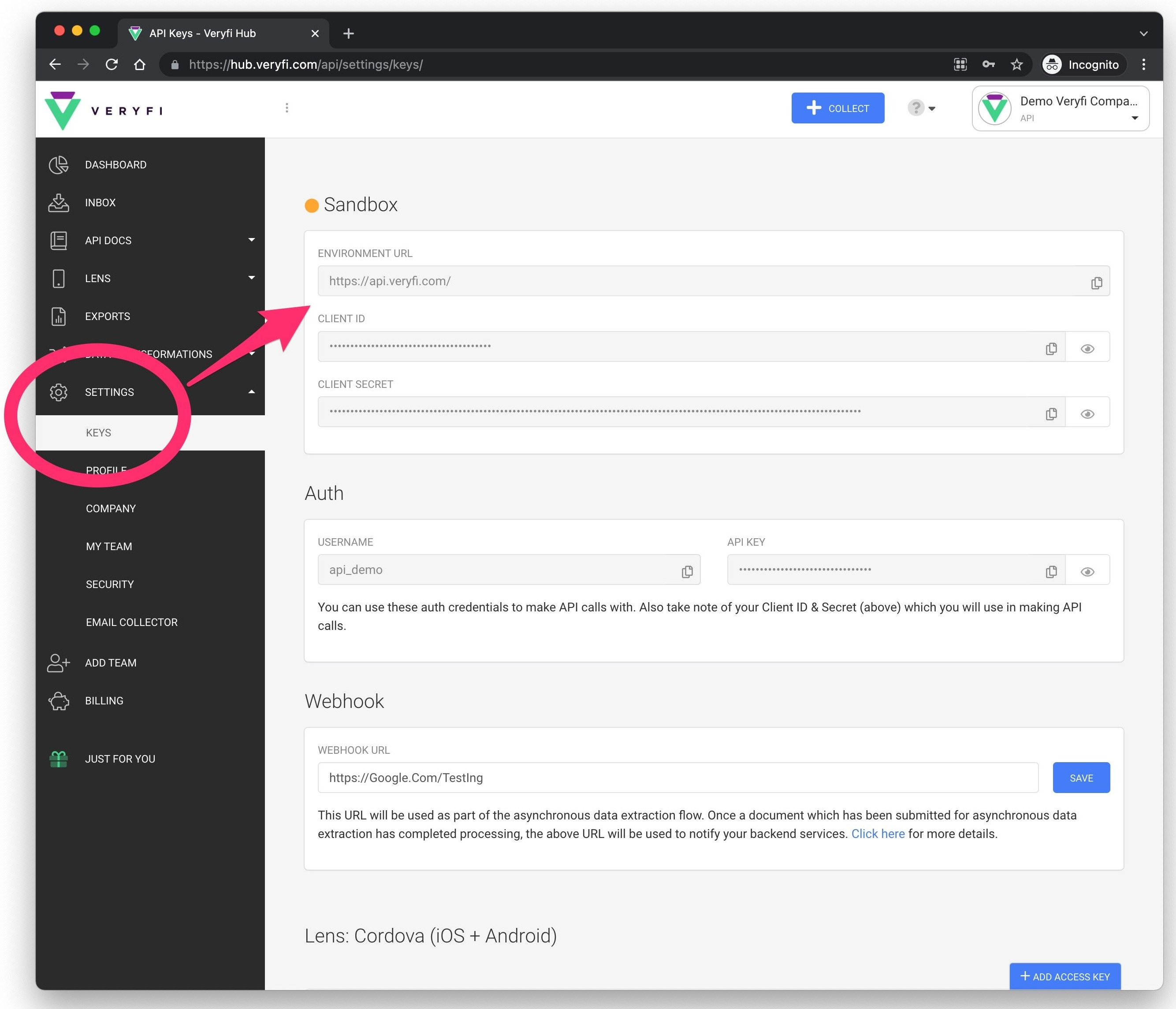 Your Client ID is located in the Keys section.

This is how your authorization should look:

The correct address a request should be sent to should look:

To switch to version 8, all you’ll need to do is change that v7 to a v8 like so:

Read more about API Version 7 vs 8

For your convenience, just released an Interactive API Documentation feature in the Veryfi Portal (Hub). You can now try out Veryfi’s API versions while viewing the documentation directly on the Veryfi website.

Additionally, you need a CLIENT_SECRET: A CLIENT_SECRET is a private key known only to you/your application and the authorization server.

For security and safety reasons, there is now an additional control for Admin users to access API Keys or restrict it.

Admin users that have access to API Keys can grant API Keys access to another user Admin user. API Keys is company-sensitive information, a compromise and exposure of which can lead to data breaches or other undesired situations. Please note that when you add external people as team members to your company account.

The following SDKs are open-sourced and available on Github for you to use and contribute to (give back to the community).

To help you get started with the Veryfi API, we've prepared a downloadable JSON export of the various REST requests described in this API Documentation section.

Once you've downloaded the file, open the Postman app and navigate to File > Import to import it. Download Postman File

Get up and running quickly with the Veryfi API in UIPath with this example UIPath project Download UIPath Project. More described in API Documentation.

Have questions, feel free to reach out to support@veryfi.com

Want to know if the submitted image is ok or blurry

How to Improve the Accuracy